New oils and additives made in Germany

October 2018 – There is not just one highlight for LIQUI MOLY at AAPEX, but a whole range of new oils and additives. The German company shows what's new in its range at North America's largest trade fair for the automotive aftermarket. Furthermore, it also has a booth at the SEMA-Show taking place at the same time. 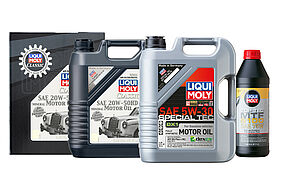