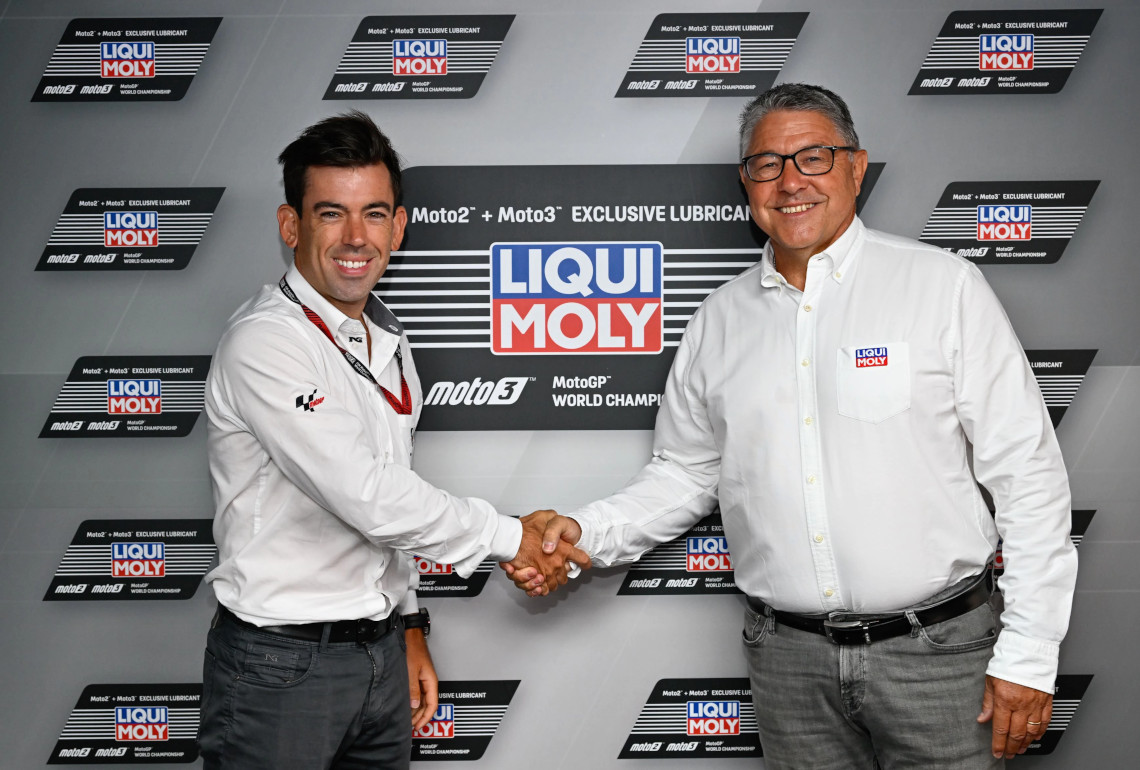 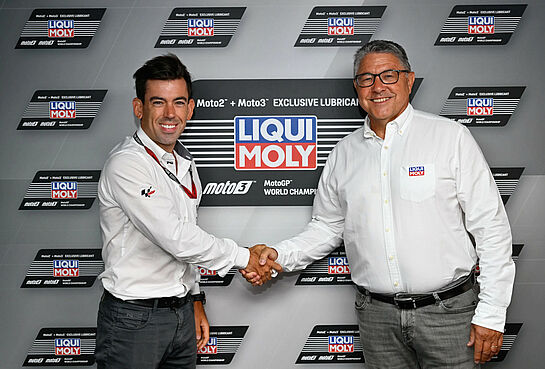 The German oil and additive specialist LIQUI MOLY is strengthening its commitment to the MotoGP Motorcycle World Championship as well as to the smaller Moto2 and Moto3 series. “MotoGP has become a central and very successful marketing component for us and we are very pleased to be able to strengthen this cooperation even further,” says Peter Baumann, Marketing Director at LIQUI MOLY.

For years now, LIQUI MOLY has been selling oils and additives, brake fluids and care products, service products and other chemical helpers with a special focus on motorcycles. “However, our presence in MotoGP does not serve our motorcycle business alone, it also increases our brand awareness in general – all over the world,” explains Peter Baumann. “That’s why we want to continue along this path in the future.”

For example, the company renewed – ahead of time – its contract for perimeter advertising on MotoGP race tracks up to and including 2027. It also remains the title sponsor of the only German race, the LIQUI MOLY Motorcycle Grand Prix Germany. And even after eight years, it remains the exclusive lubricant supplier for all motorcycles in Moto2 and Moto3. “The special thing is that no special formulation for racing is used here, but the Motorbike 4T Synth 5W-40 Street Race, which gives the same top-class performance to every motorcyclist, even off the race track,” says Peter Baumann.

However, the biggest change is coming next season for the LIQUI MOLY IntactGP team, which has so far mainly competed in Moto2. Husqvarna is now stepping in and expanding it to form its factory team. The LIQUI MOLY Husqvarna Intact GP team will then compete next year with two riders each in both Moto2 and Moto3. “This means that from next season we will also be visibly represented with our brand in the Moto3 World Championship,” says Peter Baumann.

END_OF_DOCUMENT_TOKEN_TO_BE_REPLACED 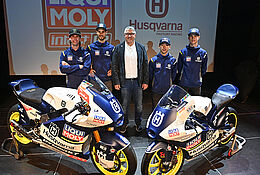