LIQUI MOLY is now able to delivery much more quickly 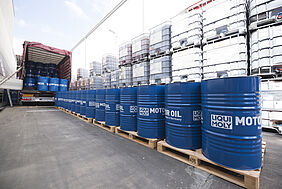