July 2018 – German oil and additive specialist LIQUI MOLY has a new director for its increasingly important export business: Salvatore Coniglio (50). He was previously the deputy export director. "We will reinforce our internationalization policy," he announces.

In its domestic market of Germany, LIQUI MOLY now has such a strong position that further growth can only be achieved in small steps. The export business, which is already responsible for significantly more than half of sales today, therefore holds even greater importance. "We want to transfer the successful model of Germany to other countries," says Salvatore Coniglio. This includes that a wide selection from the around 4,000 products revolving around automotive chemistry are to be offered. And that further countries be added to the more than 120 existing export markets.

Salvatore Coniglio joined LIQUI MOLY in 2001 and has been deputy export director for more than 10 years. In his new position he follows CEO Ernst Prost. Prost provisionally took over management of the export department in 2016.

"Salvatore Coniglio knows the company inside and out," says CEO Ernst Prost. "He is the right man to keep LIQUI MOLY on an international road to success and to keep up with the many big oil companies in our competition." 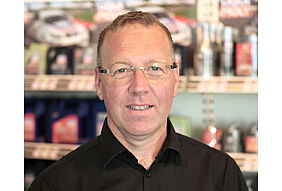