Last year the sales were 489 million euros. The fact that 500 million euros have already been reached at the start of December was partly down to an exceptionally strong November. Normally demand drops in this month. This year, however, not only was there no drop in sales, but with 51.4 million euros, November even marked a new monthly record.

There are many reasons for the success. On the one hand, sales are rising better than planned in the domestic market of Germany and Austria despite the already strong market position. And on the other hand, the export market is growing on many fronts. Two countries in particular stand out: Russia and China.

Russia is traditionally the most important export market for LIQUI MOLY. Over the past few years sales have admittedly fallen slightly there. Crimean crisis, Ukraine crisis, economic crisis and ruble crisis left their marks on the figures. But now the Russian business has not only recovered, but has already exceeded the previous record value before the crises. The second sales heavyweight is China, where LIQUI MOLY has been able to increase its sales by more than 50 percent in the first 11 months in comparison to the same period in the previous year.

These achievements mean Ernst Prost is looking confidently to the future. LIQUI MOLY registers increasing sales year on year, and does so with organic growth without acquisitions. Ernst Prost continued: "We are so strong that we are growing from our own power. After all, we offer the right products, the right quality and the right service." 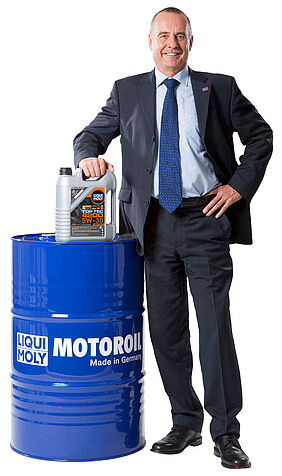